A woman from Karen Long Neck Hilltribe – Padaung. The Padaung are a sub-group of Karen living in Kayah state of eastern Burma on the Thailand border. They number less than 40,000 people in total. In Thailand, only a tiny population composed of a few families of Padaung have settled temporarily as refugees in Chiang Mai Province. When visiting their village and taking photographs of them, it is important to engage in a conversation with the local people first, so they don’t feel like in a human zoo, as many tourists just snap pictures and go. 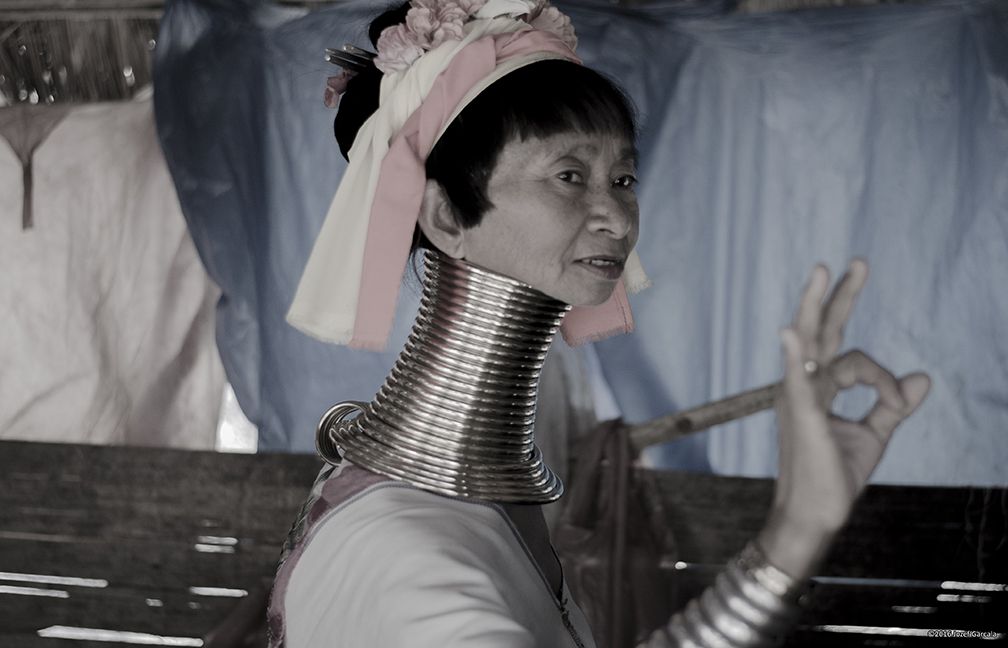